Welcome to the Zuerch Lab

The Zuerch Lab at the University of California at Berkeley experimentally explores structural, carrier and spin dynamics in novel quantum materials, heterostructures and on surfaces and at interfaces to answer current questions in materials science and physical chemistry. For this we pursue a multidisciplinary research program that combines the exquisite possibilities that ultrafast X-ray spectroscopy and nanoimaging offers and closely interface with material synthesis and theory groups. We employ state-of-the-art methods and develop novel nonlinear X-ray spectroscopies in our lab and at large-scale facilities. Specifically, we are interested in experimentally studying and controlling material properties on time scales down to the sub-femtosecond regime and on nanometer length scales to tackle challenging problems in quantum electronics, information storage and solar energy conversion.

Learn more about our research. 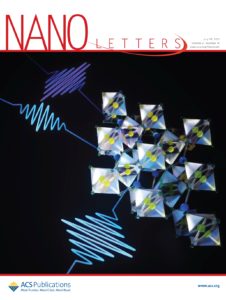 Our paper appeared in Nano Letters (open access) and was selected as cover featured article:
https://pubs.acs.org/doi/10.1021/acs.nanolett.1c01502 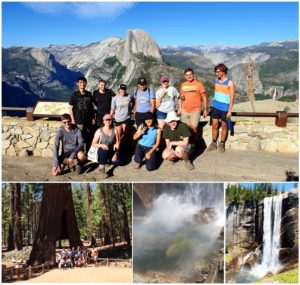 We had our first retreat as a group and went hiking two days in Yosemite National Park. Giant Sequoias, Glacier Point and several waterfalls were explored. Despite 103 degrees, it has been a very memorable retreat.

Michael is awarded the 2021 Fresnel Prize by the European Physical Society (QEOD)!
Jun 22 2021 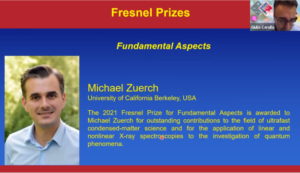 Michael was awarded the 2021 Fresnel Prize by the European Physical Society – Quantum Electronics and Optics Division in the “fundamental research” category “for outstanding contributions to the field of ultrafast condensed-matter science and for the application of linear and nonlinear X-ray spectroscopies to the investigation of quantum phenomena“. The Fresnel Prize is awarded every 2 years to a researcher 35 years or younger, one each in the areas of fundamental and applied research. The award ceremony took place virtually during the CLEO Europe conference.